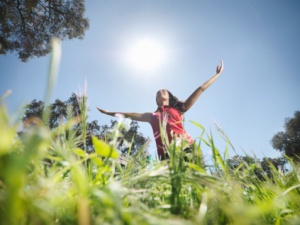 As I read the Bible I constantly remind myself – this is a true life story of a real person; not a person of fiction or “Bible character” as they are so often called. I love to read books and watch movies about real life events. I enjoy watching the day to day struggles and victories they have in their life and I wait in anticipation to see how the events play out. Daniel is one of those people. He was a young man when he was taken by force from his home in Judah by King Nebuchadnezzar’s army because of the personal traits he had which qualified him for the “job.” However in the midst of being kidnapped, exiled, forced to be in the King’s Court, and facing the threat of being killed on more than one occasion he remained true to his convictions of who God was and what He would do in Daniel’s life.

Our society always seems to want a 5 point lesson and 3 part series. So I am going to give you my points on how to develop a character like Daniel’s.

Stand on your convictions – Daniel refused to give up on his convictions when the King’s commander instructed him to eat the rich foods of the King. Think about a young teenage boy who has been kidnapped from his homeland and now instead of being in slavery with the others he is one of those chosen by the King to get “special treatment.” Most young boys of this age may have thought “wow I am in exile but this is a very plush way to go! Thank you God!” But Daniel did not; to him eating the rich food was defiling his body and dishonoring his God. He stood on his convictions! You and I must come to the point where no matter what the world says or does; we too are going to stand on what the Word of God instructs us to do. When we are wronged – we forgive and walk in love. When we are given a bad report – we stand on what the Bible says. The world will try and sway us, but we must stand on our convictions, and the proper convictions to have are what the Word of God says, not what the world says.

He indulged in prayer – While he was not indulging in the luxuries of the King he was indulging in his time of prayer with God. He was preparing himself daily for what God had in store. I think of those who are called into the military. They must first go to boot camp to strip away the process of the world they know and learn to prepare themselves for the battle ahead. That is exactly what this young boy was doing; preparing before the crisis. He may not have known exactly what lie ahead but he was going to honor his God and spend the time with Him so he would be ready when the battle alarm was sounded. I dare say as he was taken away he did not keep asking “why God, what is happening, why me!” Instead he went about his day to day fellowship with God – why? Because he had ALREADY developed this commune with God which helped him to endure when the times were tough. Instead of “why me God” he was saying “you’re with me God.” He knew who God was and what God would do, all because he ate carefully and lived prayerfully. Now fast forward from being a young man of 18 years to a seasoned man of 80, again he is facing another “fire,” instead of a fiery furnace he is thrown into a den of lions. Listen to what others said about him “we’re unable to find any such damaging evidence, because he was trustworthy and guilty of no negligence or corruption.” Praise God! THOSE are words I want to have others say about me! What about You?

He was consistent– His days were spent over and over being consistent about his daily walk with God. As a young boy he was trained on how to eat properly and he honored it even when he was offered what could be seen as the “good stuff.” He was consistent in his prayer life. This is how he spent his days according to Daniel 6:10 “Three times daily he was kneeling and offering prayers and thanks to his God just as he had been accustomed to do previously.” He indulged his life in prayer! Consistency is the key. The word “consistency” is defined as “Reliability or uniformity of successive results or events.” As we remain consistent evidence proves reliability comes. Daniel was consistent in his prayer life his whole life and God proved his reliability to Daniel no matter what Daniel was facing.

You may be facing a fiery furnace with the trial you are in or maybe feel as if you are about to be thrown to the lions. My encouragement to you today is to look at your life. Examine it and see if you are standing on your convictions of the Word of God, indulging in prayer, and being consistent. As you walk in these examples of Daniel you will begin to see God move; you will come out not smelling of smoke. And when your enemy shouts out “Was your God whom you serve so faithfully able to rescue you from the lions?” You will be able to answer “My God shut the mouth of the lions so they would not hurt me!” And out you will walk with not a scratch on you! Trust in the Lord, He will do it for you too!

{Know someone who is facing hard times? The Drying Pot; And The Refining Fires Necessary To Become A Vessel Used By God} 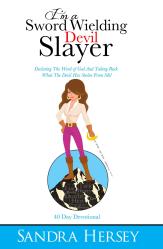 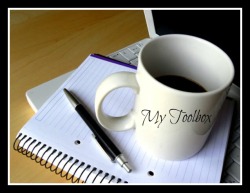 There Is More Where That Came From

This blog occasionally receives vendor/brand sponsorships for mentioning their products and services. I also participate in select affiliate advertising programs. This means that if you click and/or make a purchase through certain links on the site, any related social media platforms, or on our newsletter, I may make a commission from that click and/or purchase. All opinions are my own, and all the brands I featured represent what I personally like and support.
Loading Comments...